Our 2023-2024 Scholarship program is now open.  Please submit your application by April 15 for consideration. 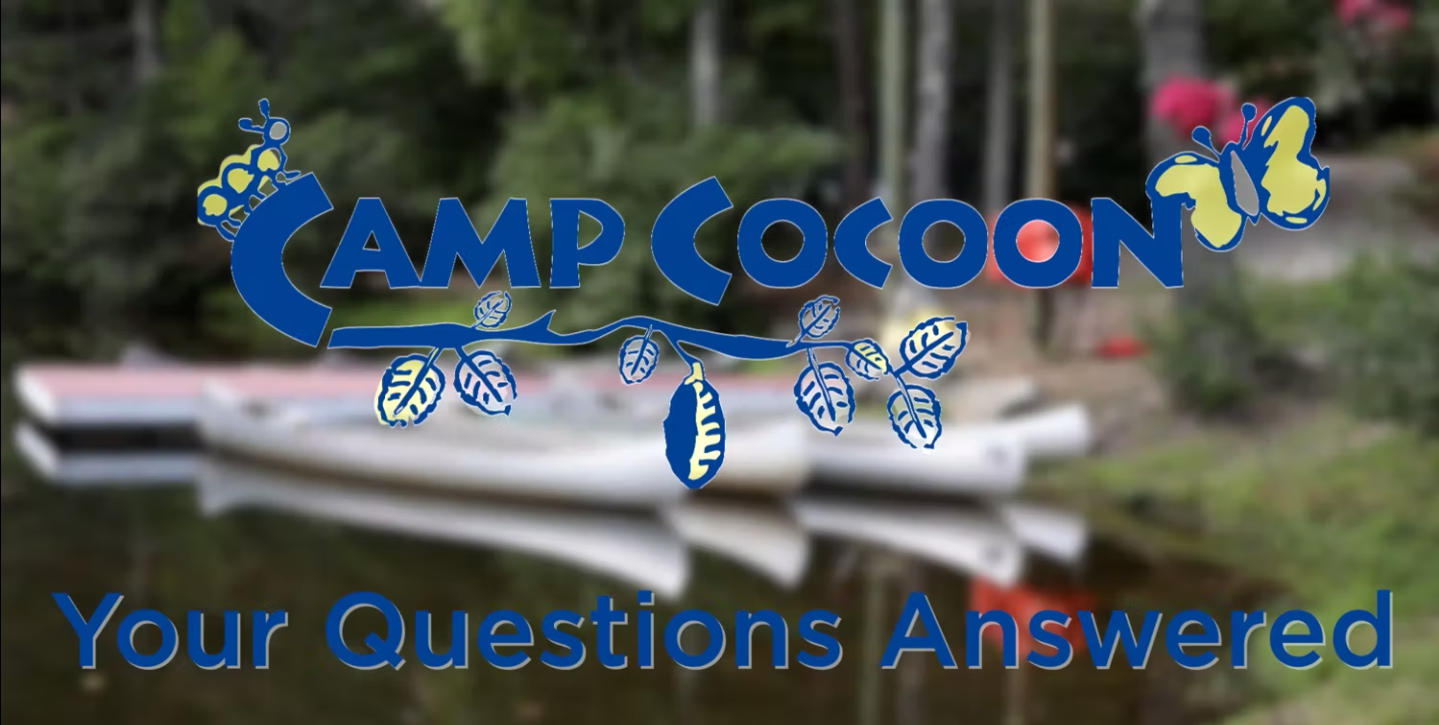 Camp Cocoon is a camp for children and their families who have experienced the loss of a loved one.

Campers have the opportunity to meet other young people who are going through similar loss situations. While having fun in a safe and caring environment, campers begin to feel comfortable sharing their stories and connecting with their peers who understand what it’s like to experience bereavement.

“They had fun and felt comfortable sharing about their mom who passed in March of this year. I’m glad this camp is available for children! I think this lets the kids know they are not the only one who have experienced losing their loved one.” - Parent of a camper

Camp Cocoon gives young people the tools – both emotionally and spiritually – to deal with devastating changes. The camp experience helps participants develop from a feeling of loss to a celebration of life, from confusion to understanding, from cocoons to butterflies! 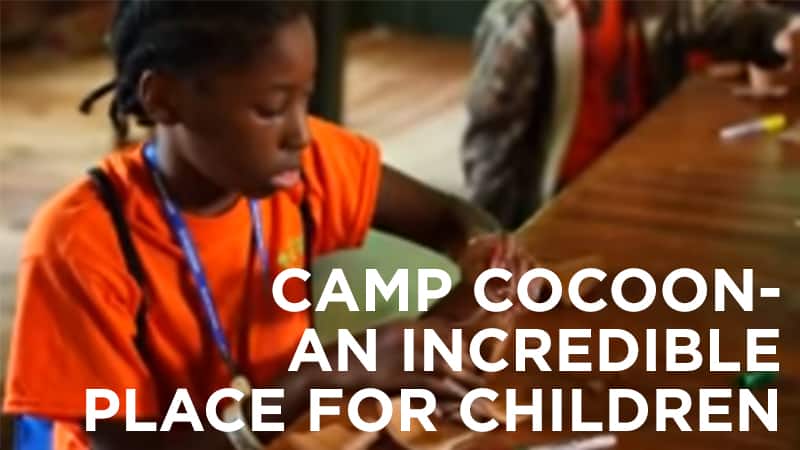 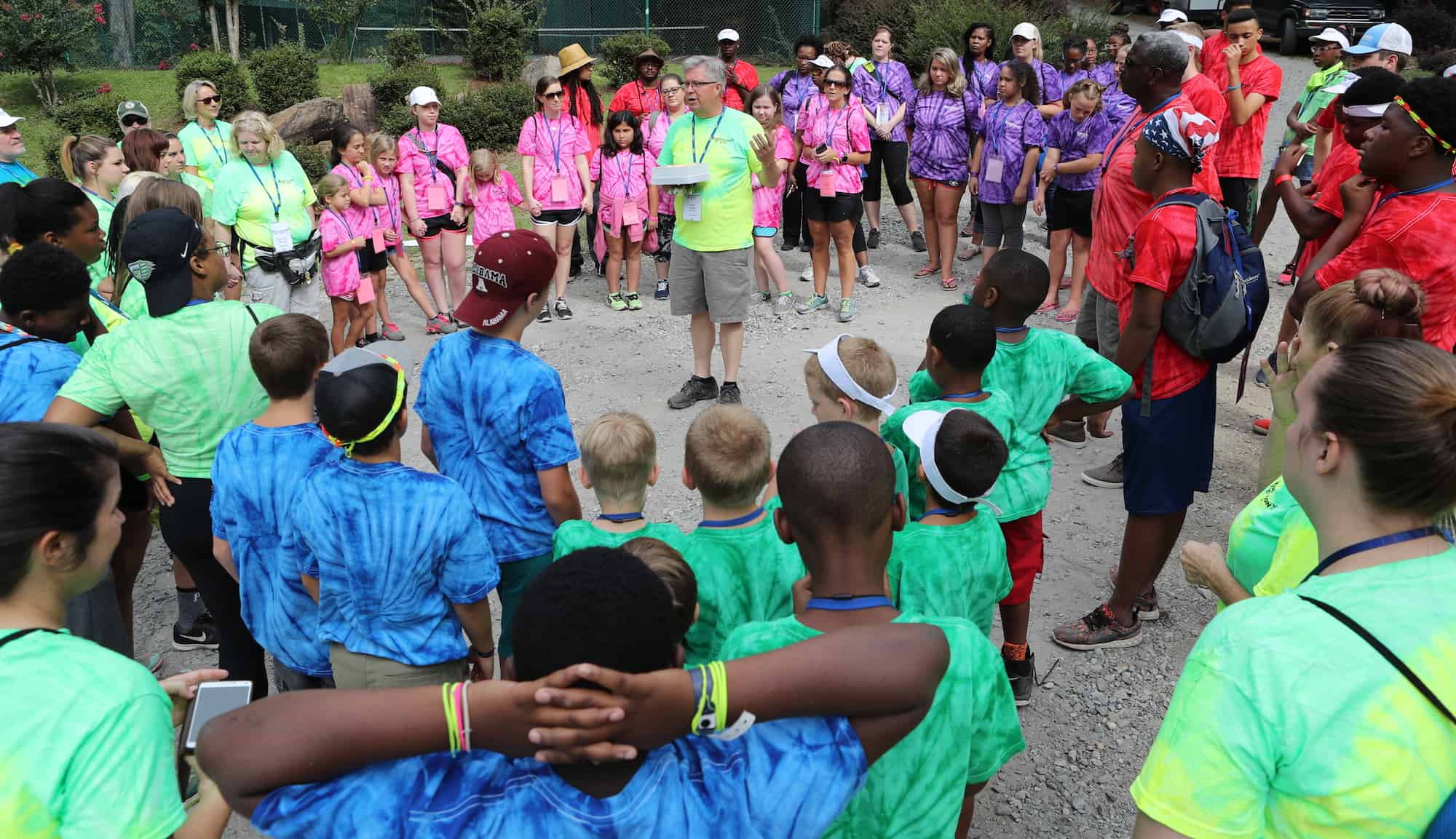 The camp is fully staffed by experienced volunteer professionals consisting of chaplains, nurses, social workers, bereavement coordinators, trained caregivers and others who feel strongly about this important work.

We currently offer Regional Camps for the following Georgia locations:

Camp Cocoon is a weekend camp for children and adolescents, ages 6-16, who have experienced the death of a loved one. Participating in Camp Cocoon allows campers to meet other children who are going through similar circumstances. While enjoying a traditional camp experience, campers have the opportunity to learn coping skills and share stories in a safe, caring and fun environment. Held at Camp Chattooga/Athens YCamp, in the beautiful North Georgia Mountains, Camp Cocoon is now in its 19th year. 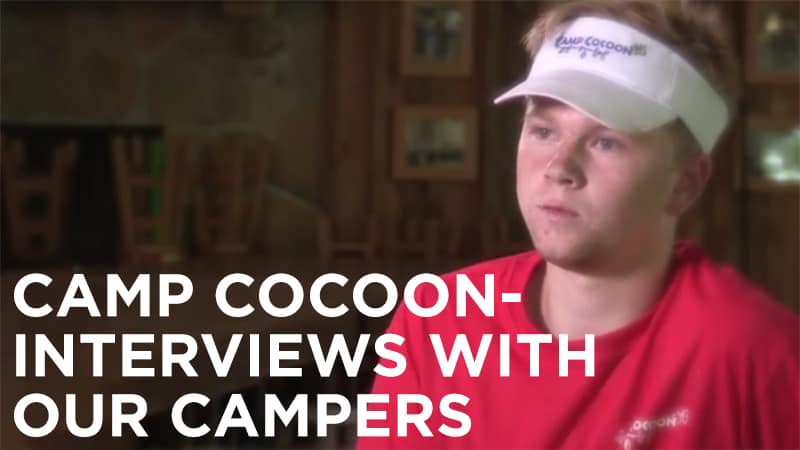 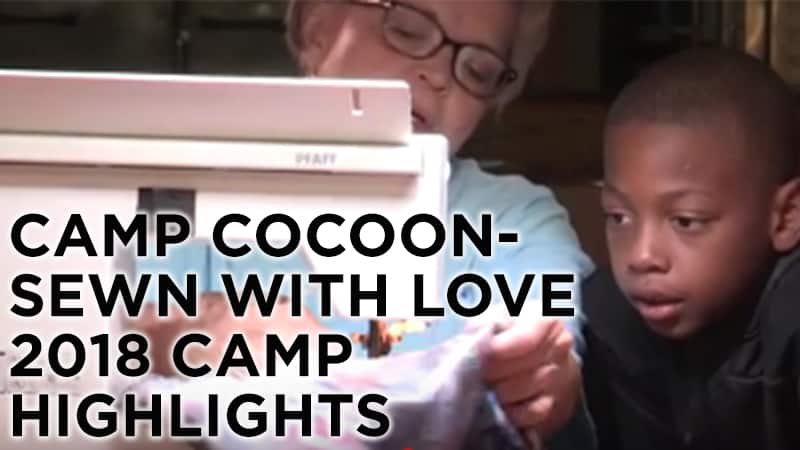 “I appreciate all you do for the children who have suffered a loss. It is wonderful that they can be around other children who feel the same as they do.”

- Parent of a camper

“I really like Camp Cocoon because I can be who I am and not worry about anything.”

Volunteer at one of our Camp Cocoons

“What I loved about Camp Cocoon was watching the children interact as they made new friends and felt comfortable expressing their feelings.”

We are now accepting applications for Camp Cocoon volunteer staff. 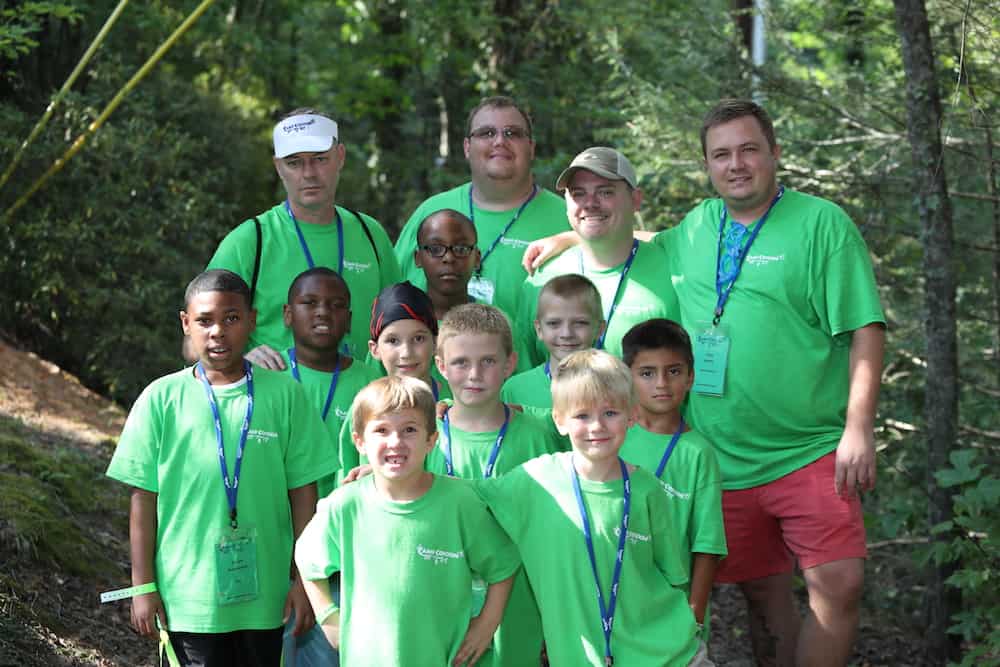 “Camp Cocoon has pretty much everything you could want. It has great groups and counselors who will listen to you, Camp Cocoon is a place where you can be open, you don’t have to hide your feelings. I have been to multiple different camps, and this is by far one of the best.” - James, camper

“When I made my pillow for my dad, it helped me remember who he was. Putting a picture of him in there is awesome, because it's something I can hold onto at nighttime” - Breasia, Camper 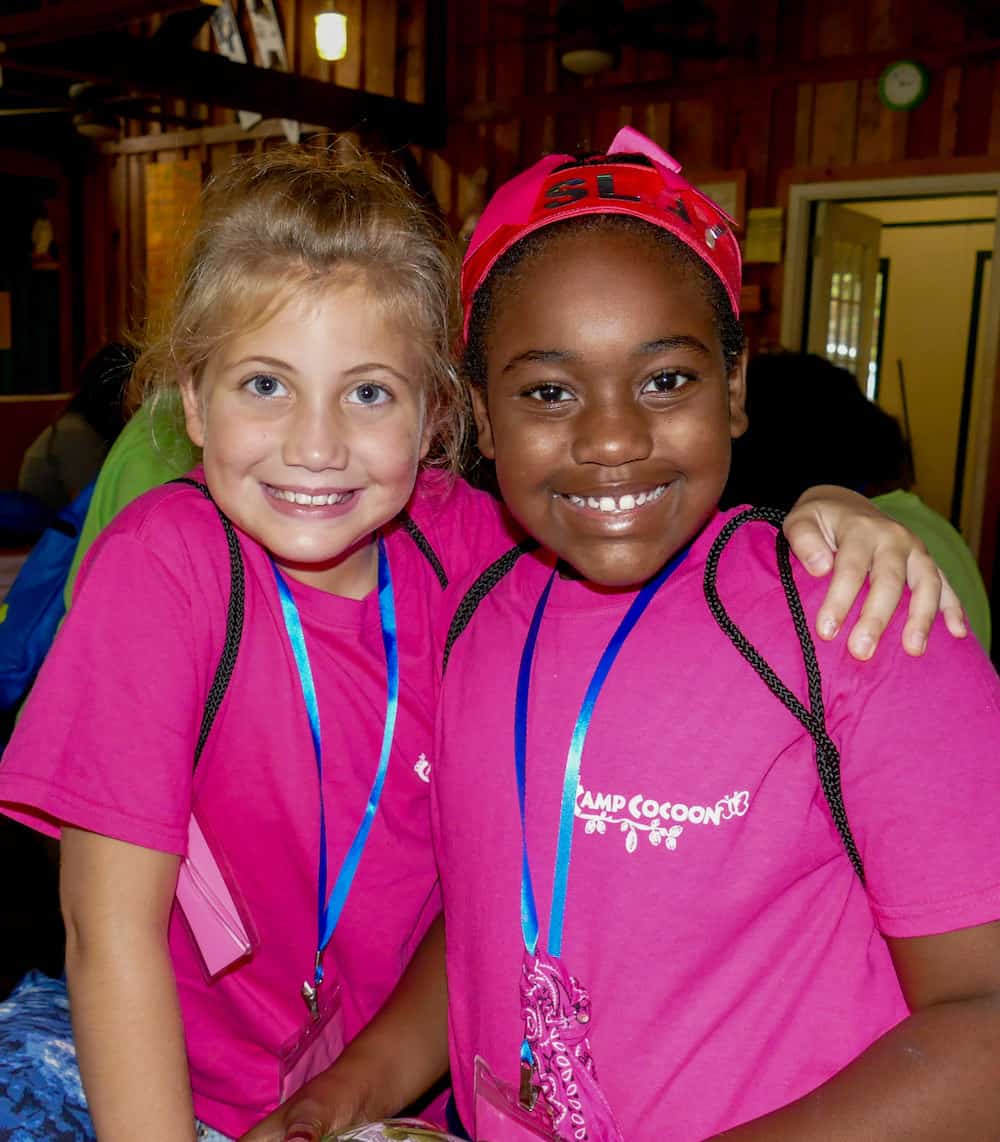 “Camp Cocoon was a life changing experience for my 2 boys who were 11 and 5 when their baby sister passed away shortly after her birth.

The first year at camp they were really able to connect with other kids who were grieving and developed trusting relationships with their bereavement counselors and house parents. When they found out many of the friends they met would be returning the next year, they couldn’t wait to go back.

After the conclusion of camp the second year I found out that my oldest son was not only still struggling with the death of his sister, but he was also still dealing with the death of his great-grandmother who passed away the year before his sister. He is the type of child that doesn’t like to share his feelings, but through this experience he was able to open up to his entire group about how he was feeling. He found camp to be a safe place to connect with other kids like him, and he learned so many techniques and tools to help him process those feelings.

Some of my kids best memories are at Camp Cocoon, and I am so thankful they were able to help my boys get through a very difficult time.” - Hollie Henry, Hospice AVP and parent of campers 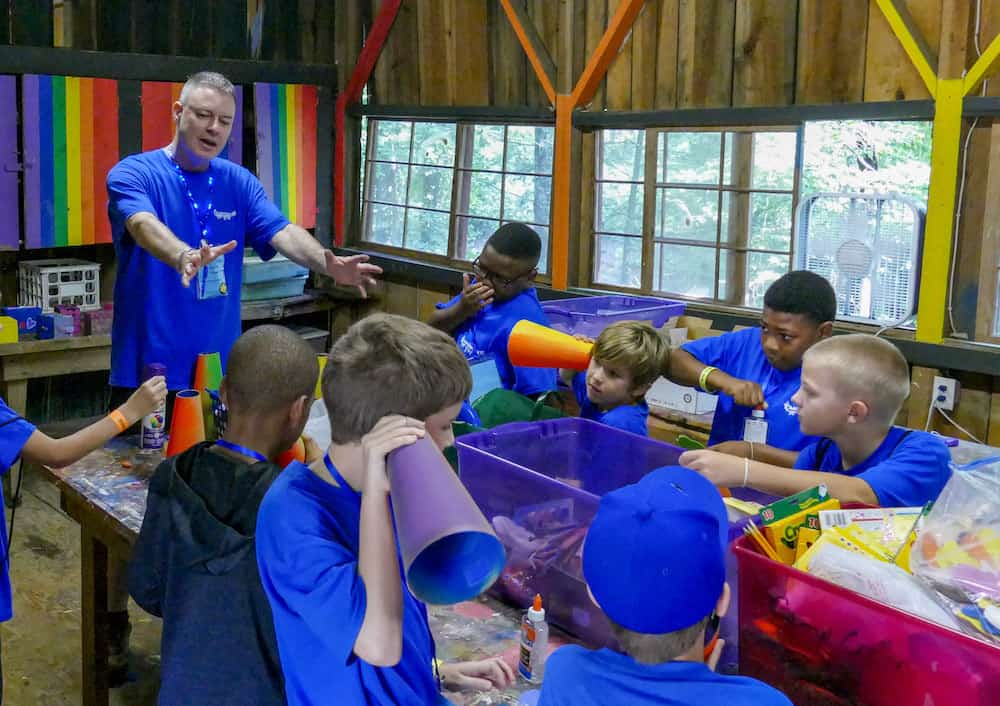 “After a full day of bonding with campers through activities and bereavement, I experienced an emotional moment with several of the older campers. As we stood around the campfire making s’mores, we noticed a collection of bricks engraved with the names of loved ones who had passed away. One of the older female campers pointed out a brick engraved with her father’s name. She shared a few memories with the group about times she spent with him growing up and how difficult it has been for her to start high school without him. The interaction left us all with tears in our eyes as the campers shared a group hug. It was heart-warming to see the love and support that the campers shared with the volunteers and one another - especially considering we started the week as strangers.” - Meredith Pounds, volunteer